The motivation for this plot is the function: graphics::smoothScatter; Basically a plot of a two dimensional density estimator. In the following I want to reproduce the features with ggplot2.

To have some data I draw some random numbers from a two dimensional normal distribution:

smoothScatter is basically a scatter plot with a two dimensional density estimation. This is nice especially in the case of a lot of observations and for outlier detection. 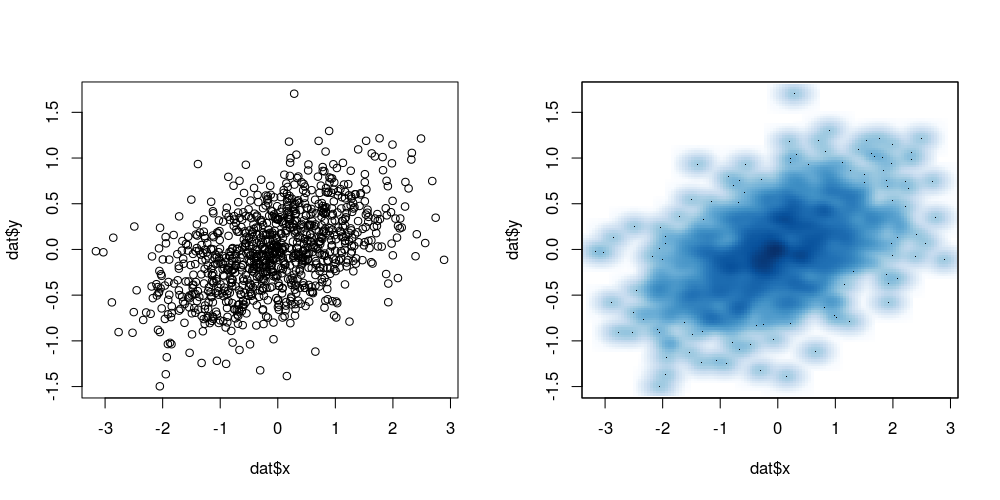 OK, very pretty, lets reproduce this feature in ggplot2. First thing is to add the necessary layers, which I already mentioned is a two dimensional density estimation, combined with the geom called ‘tile’. Also I use the fill aesthetic to add colour and a different palette: 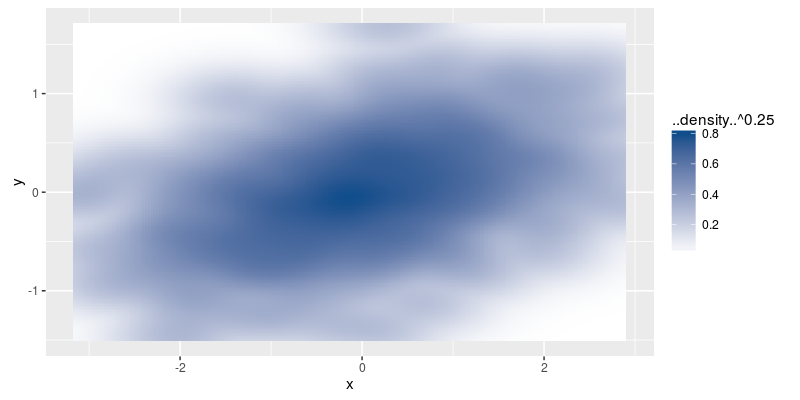 I add one additional layer; a simple scatter plot. To make the points transparent I choose alpha to be 1/10 which is a relative quantity with respect to the number of observations. 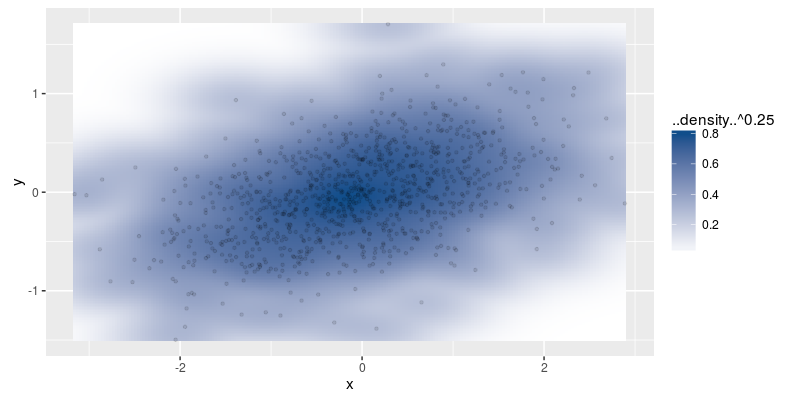 A similar approach is also discussed on StackOverflow. Actually that version is closer to smoothScatter.

The last step is to tweak the theme-elements. Not that the following adds to any form of information but it looks nice. Starting from a standard theme, theme_classic, which is close to where I want to get, I get rid of all labels, axis and the legend. 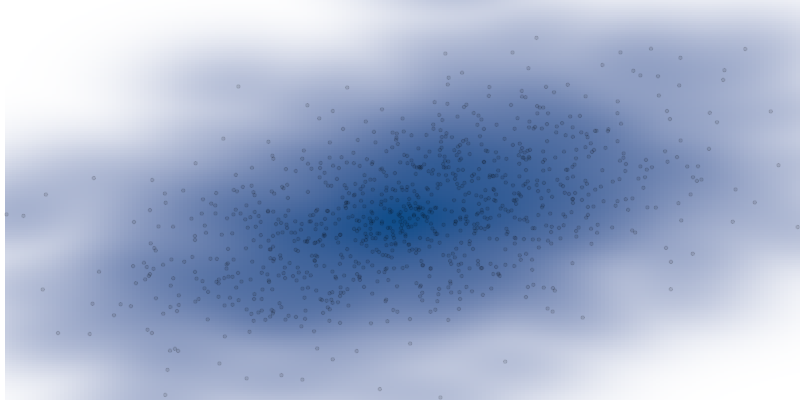 The last thing is to save the plot in the correct format for display:

And that’s it, a nice picture which used to be a statistical graph.